A downloadable game for Windows, macOS, and Linux

Our Elusive Suffering is a cryptic horror game where you take part in a mysterious blood ritual in an ancient city whose walls are dripping with madness.

Consumed with fear and facing monsters that blur the concept of reality, you will have to find your way in the stuffy fog to finally find a purpose.

Nothing will be explained.

Nothing will be given.

Everything will be figured out, eventually.

Works on a Mac with one small fix:

After unzipping, right click (or control-click) on the application and select "New Terminal at Folder". A Terminal window should appear. Type the following in that window and press enter:

(You can close the Terminal window afterward.)

The app is still missing a developer signature, so you'll have to jump through the usual hoops to open it (google for instructions if you need them), but it does run and the game appears to work as intended (not that I've figured out much yet).

For the developer: If you don't have access to a Mac, you can do the above chmod command in Linux and re-zip the application to fix it. Windows ZIP utilities might even offer a way to set Unix executable flags on archives.

This is a very fun game, it's unique and I haven't experienced the lack of knowledge with any other game thus far. However, there is a frustrating bug I've noticed where the angel octopus thing's leg-tentacles will clip through walls and kill me. I don't know if that's a problem in the regular version, I play exploration mode, but I figured it'd be a good idea to say something in case it could be fixed.

edit: WASD controls seem to be swapped half the time? W moves you backwards sometimes, D moves you to the left, and vice versa with A and S.

Very interesting game. Models, architecture, sound are all super well done, I'm very intrigued by the world and the monsters and this blood ritual thats going on, but I'm not sure the total lack of guidance really did it for me. I honestly spent almost a whole half hour not knowing that the tentacles were interactable, that I had to put in the pattern at each shrine, nor knowing if I was doing it right at all. Thought everything was just for looks and that I'd just be making it to the end and then there'd be an ending.

As for once I figured out the shrines were an actual thing to mess with, I thought I had made the right pattern, but I have no way of knowing if I did it correctly or not, bugged, or if I was just too slow from having a longer pattern, and theres only so many times you can do what seems like the correct way over and over again before it gets frustrating and never want to touch it again. I think the real problem with it is just having to double click so many things, like I get it from a mechanic standpoint, so the blobs know which ones to connect to, but its just such a time waster if you get so unlucky as to get a longer pattern, especially if they start disappearing before you get to the last blorper. It could just be as simple as blooping the right bloopers to have to blobs in the right places, and if need be, a reset button on the shrine itself or resets if you step of the circle.

Like i respect the lack of hand holding, but even games that are hoisted up on a podium for it *cough* /Darks Souls/ *cough* , still have a good bit of guidance if you look for it. Without first watching anyone else attempt it, it just kinda left me feeling very frustrated and after a while it didnt feel like fun anymore. Even after watching a video, im still left wondering "Why didnt the puzzle finish when I had the pattern done."

Gave it my best but i was lost to the labyrinth. Really loved the design you were going for here and the lack of hand holding

I really like this one! Could not beat it, not sure i completely understood it but still i had fun with this one thanks dev :)

Fantastic game. A very pleasant and mysterious world. At first it was scary from sudden attacks :"

The game's interesting and it was interesting trying to figure out the story for ourselves. But I feel like maybe a little nudge every now and then would be helpful as well. Beyond that though, the game's fairly interesting.

Here's my channel for other games I have played. https://www.youtube.com/c/Levont

love your game thank you 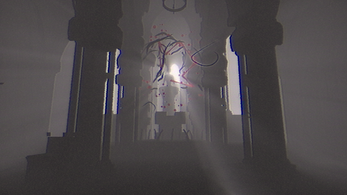 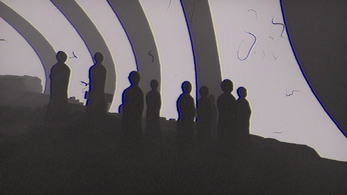 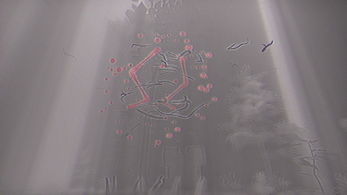